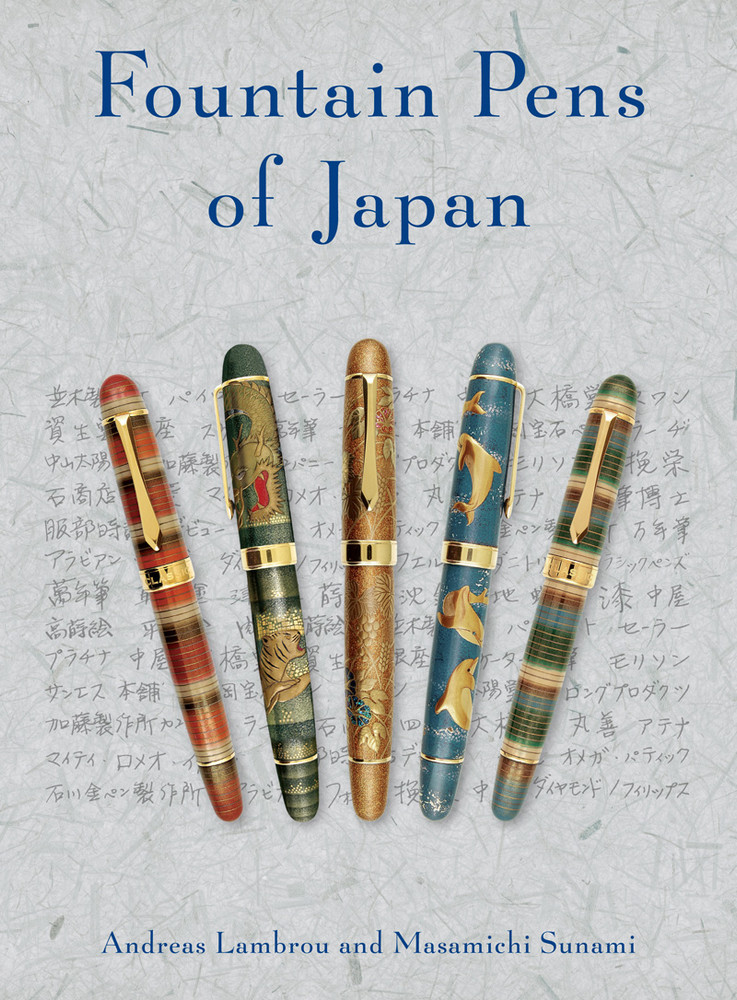 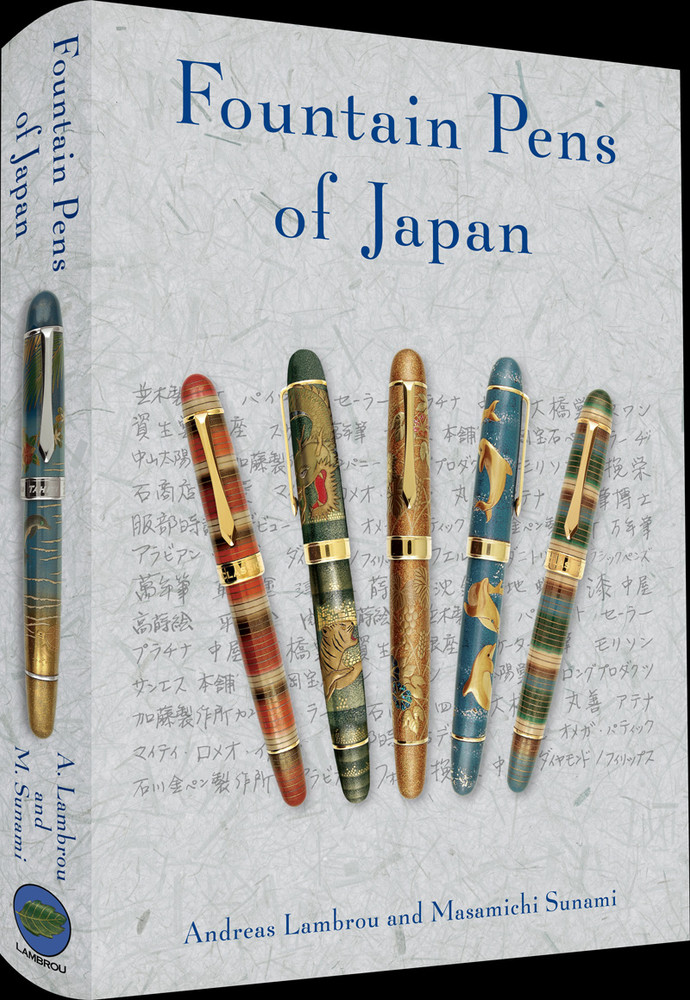 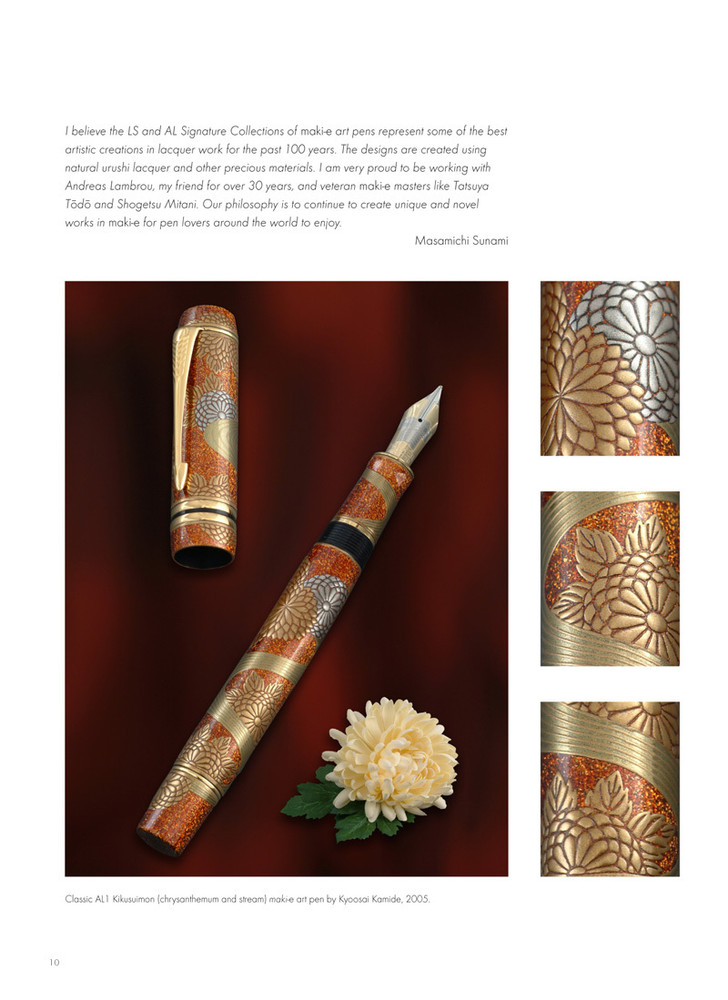 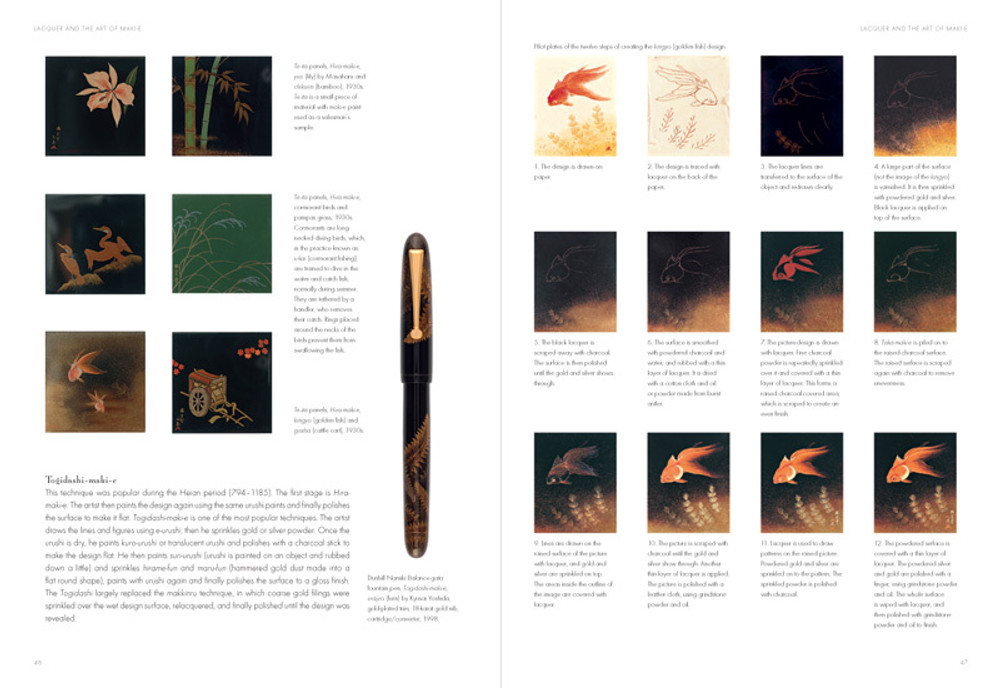 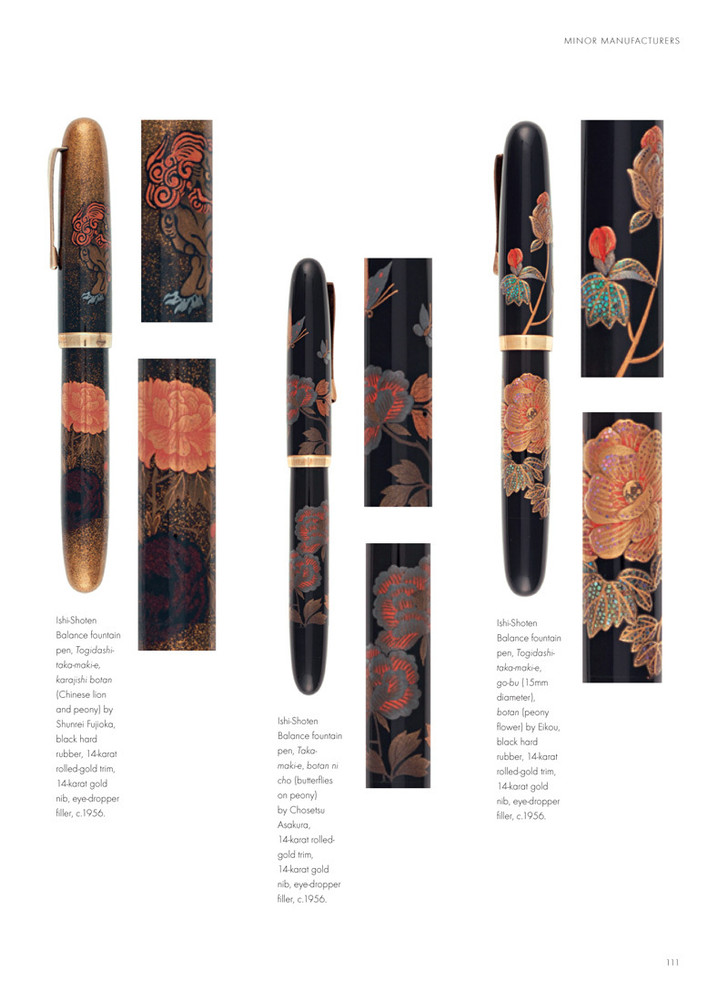 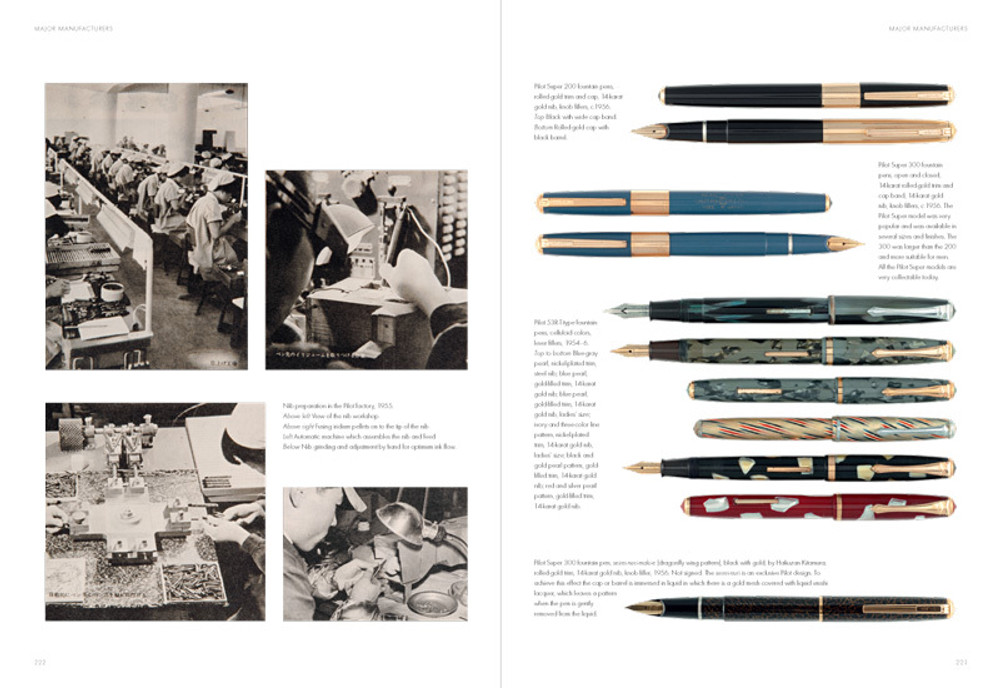 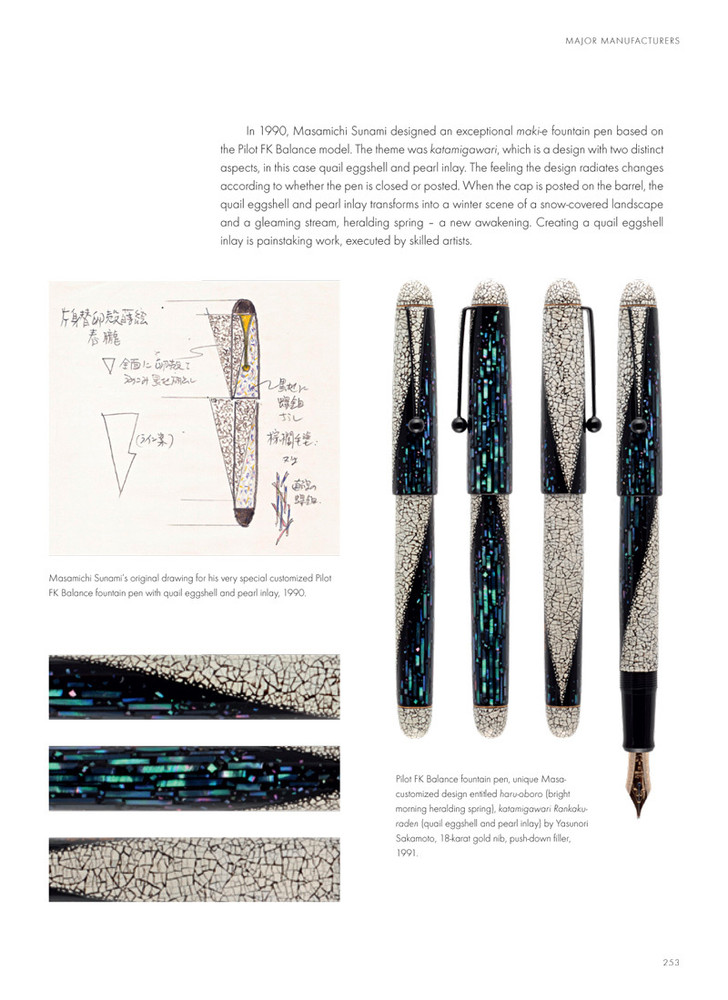 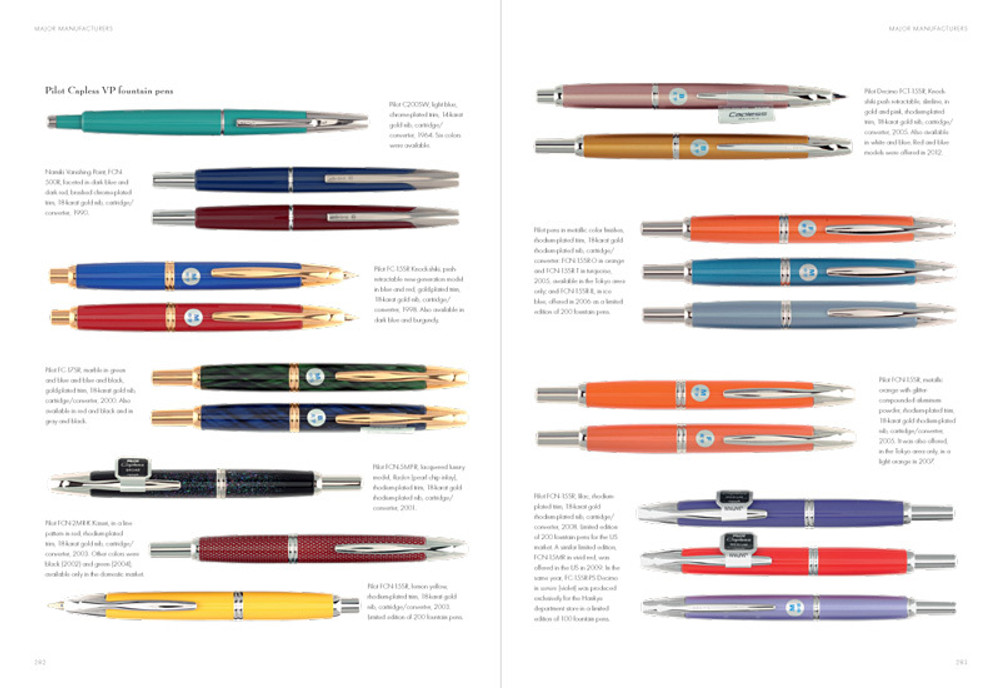 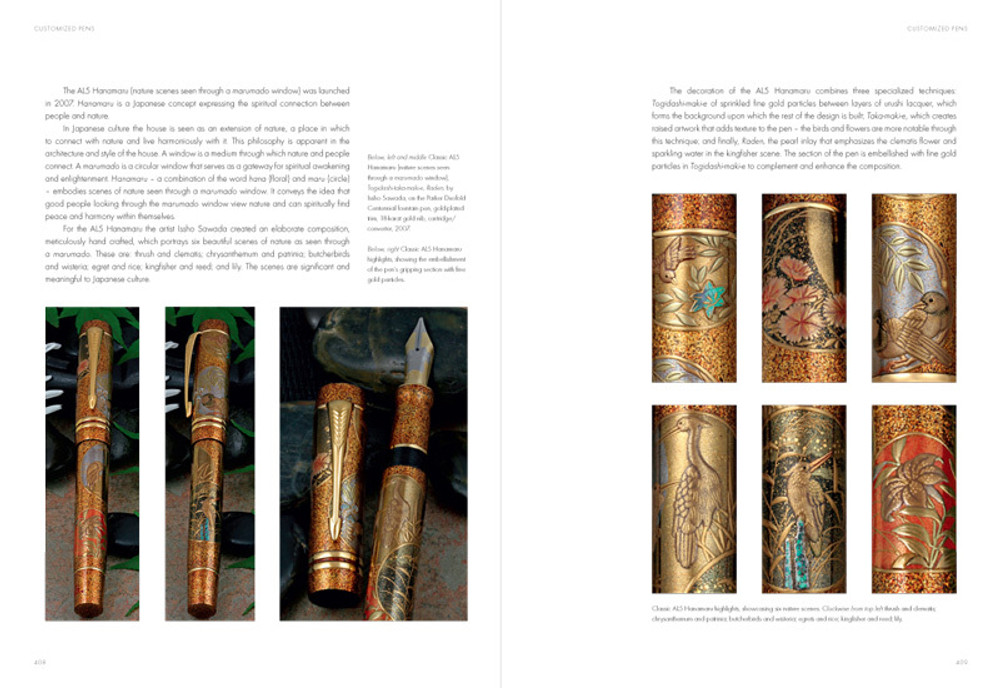 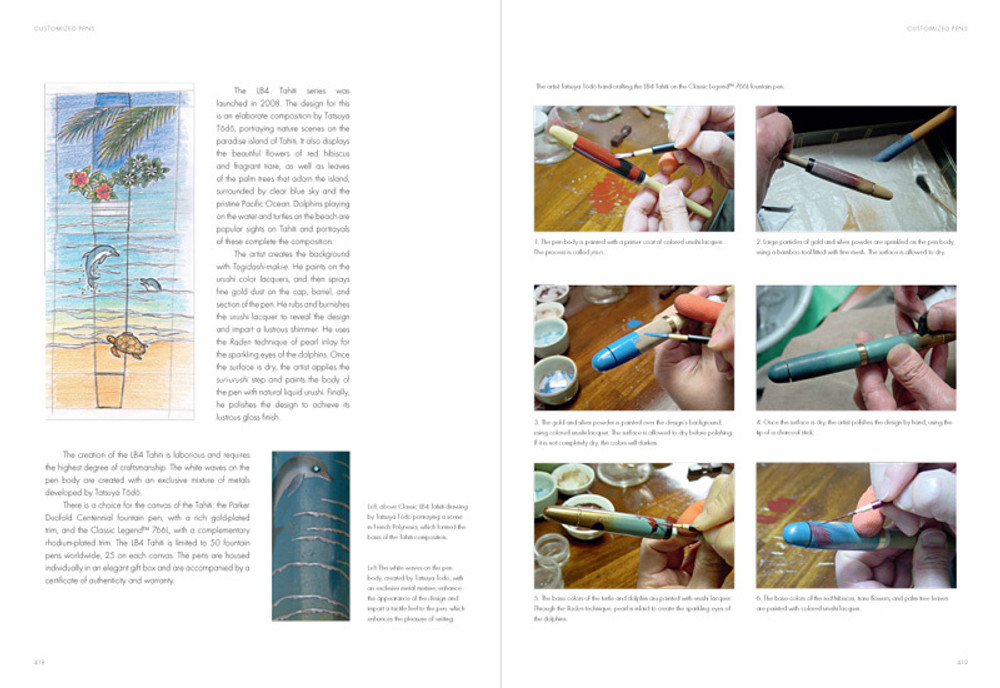 Fountain Pens of Japan is the fourth major pen book by Andreas Lambrou, and is a collaborative effort co-authored with Japanese pen collector Masamichi Sunami. The two have worked together since 1980 and have long collaborated on Japanese pen projects. The book has been ten years in the making and is now being released. This book will deliver hours of interesting reading to any pen collector, but particularly those who are interested in Japanese and limited edition pens.The specifications of the book will give some view of the size and scope:

The table of contents touches on aspects of collecting Japanese pens, including:

There are many brilliant photographs, including details on how a Maki-e pen is produced that will delight collectors. Many photos of unusual pens seldom seen outside of Japan, gathered from the personal collections of Japanese collectors and much more. This is a major work for pen collectors and should be in any library that focuses on fine pens and the art of Maki-e.  At left are images of pages from the book.